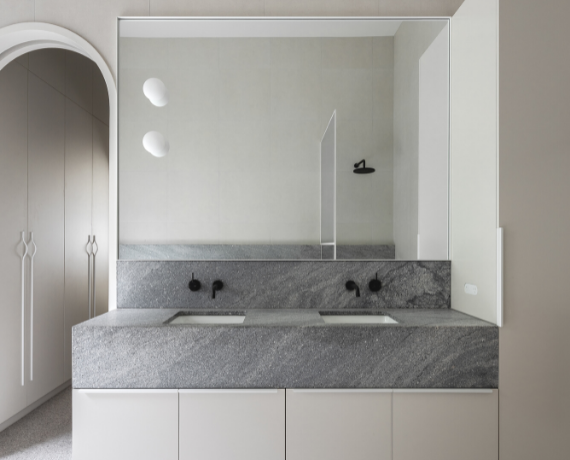 With a neutral tonality and a colour palette that echoes its past while setting it up for the future, House Fin by CJH Studio tells a story of timeless aesthetics and refined simplicity.

Located in Melbourne, House Fin is home to a young and growing family, who approached CJH Studio to transform their home by revising and rationalising the various spaces and their use while retaining the current footprint.

“The design process started with a vision to be sympathetic to its heritage origins, with ornate detailing such as cornices retained and reinstated, yet with more contemporary additions and insertions that suited its young family owners, like large steel windows, contemporary lighting that play on traditional elements and a restrained minimal material palette.” Curves were introduced through new doorways and details to soften the interiors through a mixture of both horizontal and vertical planes. There is an intentional mix of both lineal and curved forms throughout, which brings a softness and warmth to the family home.

“The minimal palette that was applied differently across each space is what I love about this scheme visually,” says James-Herrick. “There is a key thread to the design, yet each space is unique and interesting in its own right, that responds to both the space and its function.” The lighting is also a key design feature throughout, with each room showcasing a slightly unique take on the lighting seen in other rooms in the home. The use of natural materials like timber and stone help to bring movement and warmth, while soft furnishings and curtains bring tactility, layering and personality to the spaces.

Taking into account what the family most valued in the home, select walls were sacrificed to create fewer but more open spaces throughout. “The client was happy to reduce the kitchen size to prioritise a more open-plan living space that would harness more natural light and connection to the rear garden,’ explains James-Herrick. The former enclosed kitchen became a study to support working from home, while the main bedroom was moved from the back of the house to a larger area at the front.

For tapware, James-Herrick chose various products from Phoenix’s Vivid Slimline collection across the bathroom, ensuite, laundry and kitchen in Matte Black due to its streamlined aesthetic and price point. “We looked at tapware early on and how it impacts the design from the start,” she says. “For example, the placement of the bath outlet was very intentional and aligns with the curves and arches in the home. The laundry was also another key selection, as we paired a hob mounted spout with a wall mixer and a more traditional fireclay sink. The black tapware in the Vivid Slimline collection ensured that it didn’t overwhelm the space.” 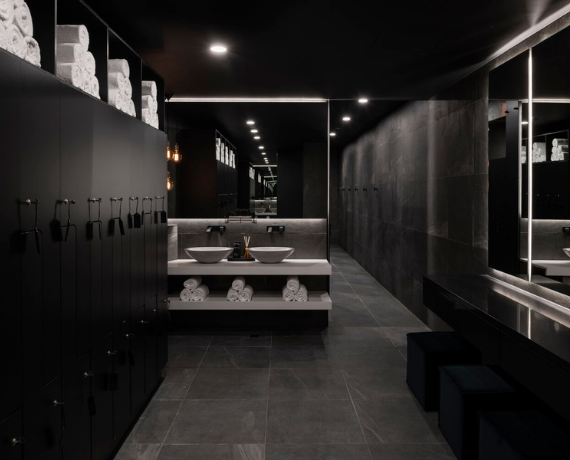