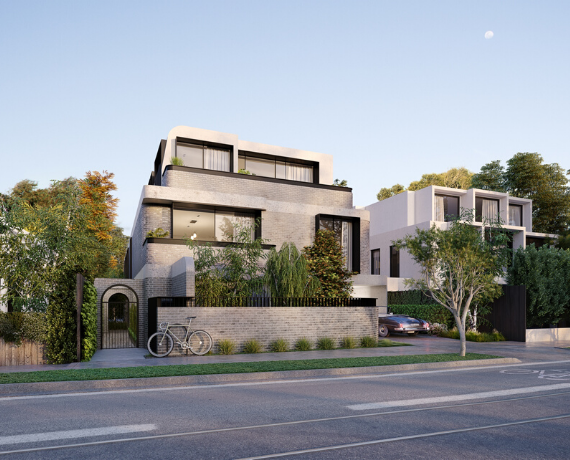 When addressing the design, Melbourne-based practice Tecture was inspired directly by the buildings that surrounded it. To the east and north, The Art Deco factories of the Mack Bros still stand and to the west, several Art Deco houses. By contrast, a contemporary multi-residential building is also situated nearby, and its hard lines and stark white façade serve as a contrast to the suburban nature of Glen Huntly Road. “In addition to the Deco nature of the existing context, we wanted to explore a design that contrasted the harsh neighbour, materials that felt more urban and residential in nature, and elements of apartment design that made them more liveable,” Ben Robertson, director, Tecture explains to Phoenix.

“We wanted to design apartment sizes that felt like homes; balconies that did not expose you to the street and gave a greater sense of privacy; and an interpretation of a ‘walk up’ by recessing the lift and creating an internal open stair between levels.” The resultant design is contemporary but also captures the spirit of Art Deco, without being a slavish reproduction. The building draws on the architecture of the 1920s and 1930s – the curved walls, stairwells, archways, and window details, as well as the use of brick and the strong horizontal bands shown through variations in the exterior material. It has the language of Art Deco, but the comfort, space and technology are distinctly 21st century.

Internally, the idea of contrasts in tones and respect to ‘walk ups’ of earlier eras remains. “1046 Glen Huntly as a result, is a development that is not greedy and trying to grab as much floor area as possible. Rather, an apartment development that is respectful to its occupants in its liveability, and of place. It has been designed sympathetically to its location and surrounding architecture, while employing intended contrasts to the more contemporary design adjacent.” For tapware, Tecture chose Phoenix’s Vivid Slimline and Radii collections, which Robertson says met the need for a product that is timeless and refined, but that would “sit delicately amongst the monochrome interiors”.

“The Phoenix tapware perfectly sits within the space. The Gun Metal tone under different light reflects sometimes lighter, and other times darker – playing into the design philosophy of contrasting tones of black and white. The minimal aesthetic also adds a layer of simplicity and refinement to showcase a softness and respect of our design philosophy of a contemporary translation of Art Deco.” How to maximise space in a small bathroom 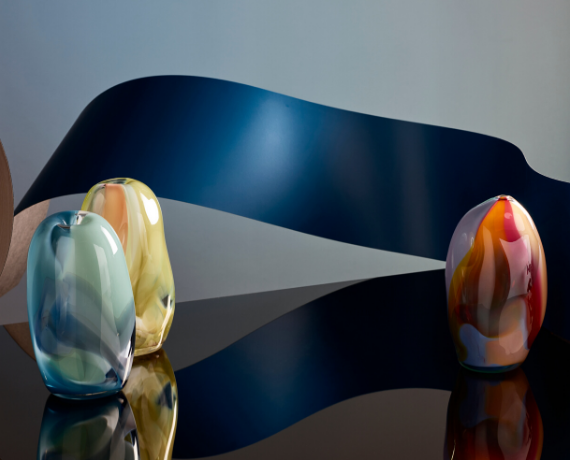 Supporting the future of design