From Coffs to Cali: inside The Block alum Simon Vos’ mid-century modern makeover

Having recently bought a potential-packed, mid-century home in Coffs Harbour, Simon Vos, along with wife Ash, is now working to transform it into a Palm Springs inspired home reimagined for an Australian setting.

In the 1950s, the Californian city of Palm Springs rose to fame when it became a prime getaway for Hollywood movie stars. As its popularity grew, so did the number of holiday villas being commissioned in the resort city. Inspired by the bright, arid desert landscape and modern schools like Bauhaus, the architects of the 1950s created in Palm Springs what is now called Desert Modernism, holding some similarities with the Australian landscape. And it was this style of design that enticed the Vos’s to purchase their house. “We immediately fell in love with it because it had this retro, mid-century style to it organically with a low-lying gable roof and that is really our taste,” Ash Vos tells Phoenix, “we love that Palm Springs, California look.”

With views over the Great Dividing Range and with palm trees and the ocean in sight, the location of the house also proved a source of inspiration.

“I immediately imagined it as an indoor/outdoor entertaining house but more low key, because that is my Australian take,” adds Simon Vos. The Vos’s kicked off their renovation by tackling the three bathrooms in the house – the main bath, the ensuite and a small self-contained bathroom in a newly created studio apartment that was previously a laundry.

When choosing products, finishes and tiles, the couple constantly referred back to 1950s Palm Springs as reference point, selecting colour palettes typical of the era, including dusky pinks, golds and greens. Selecting tapware was an integral part of the design process and was one of the first choices that the Vos’s made.

“The Palm Springs style simplified everything,” says Simon. “Everything was pared back but still had a lot of character, so when we saw the Axia collection with its minimalistic but beautiful approach to design, I thought it just went perfectly with our Australian take on mid-century Palm Springs.” “Being a plumber, I love tapware, and when I saw the Vivid Slimline collection, I really liked that it is so elegant,” adds Simon. “We wanted to bring some in shape without it being too over the top,” explains Ash. While I like the arches from the era, I didn’t necessarily want something like that in my own home.”

Instead she introduced two deliberate features – a curve and a line in almost every touch point. It’s subtle but stylistic – the bath and the basin are both curved, and the tapware has both circles and lines.”

The accompanying lights and arched mirror add to the effect. In the ensuite, the couple wanted a more spa-like feeling, and used herringbone natural stone tiles and large format blue stone. The colours are more subdued to achieve a sense of a calm. The studio bathroom scheme, meanwhile, was inspired by the colours of the bush, with mini subway tiles in eucalyptus green and a timber vanity. 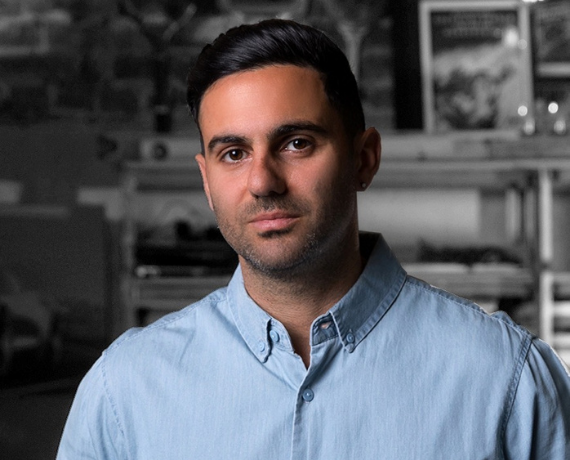 Island dreaming – how to design the perfect kitchen island