At Phoenix Tapware, we are driven by creativity and excellence, which is why we were thrilled to reprise our relationship with The Design Files Awards this year. We chose to once again sponsor the Emerging Designer category due to a shared passion for recognising outstanding talent in the design space, and a desire to help uncover the next generation of Australian designers and creatives.

And last week we were very excited to hear that architecture practice Fowler + Ward won the Emerging Designer accolade!

A young Melbourne based practice, Fowler + Ward was founded by long-time friends Jessie Fowler and Tara Ward in 2018. The studio has a passion for designing residential spaces that give back to Melbourne, the city they love, from creating homes in small spaces to multi-residential developments that increase density without overwhelming neighbourhood character. Announcing the winner on the night, judge Sophie Gannon, founder of the Sophie Gannon Gallery said: “The winning studio has demonstrated their accomplished design skills via a series of thoughtful architecture projects, which showcase great insight. This studio shows a great depth and proficiency of practice and commitment to sustainability.”

“We are so excited to have been awarded the Emerging Designer prize. Thanks so much to all of clients who have put their faith in such a young and emerging practice, we couldn’t have done it without you,” said Fowler + Ward founder Jessie Fowler. “It’s such a big leap of faith to start a business, especially in this crazy year so thank you to everyone who supported us and thank you to the design files for supporting the Australian design scene and our business,” added Tara Ward, Fowler + Ward founder.

Congrats to the winning duo! 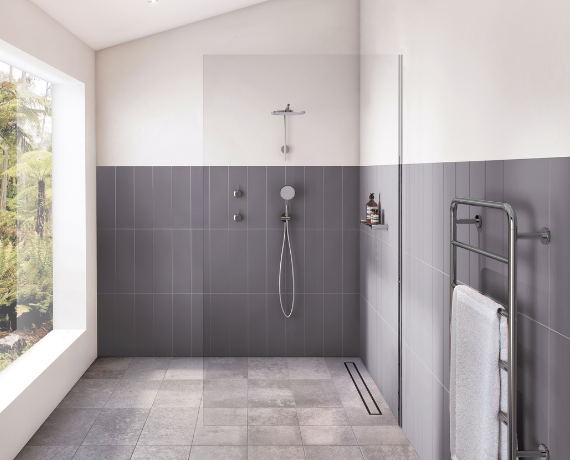 How to design the perfect shower experience